Quantity and quality, two things that generaly don’t stand toe to toe in Burgundy. But 1996 is one of these particular years. Winter was sweet. Rain arrived for the first time in April, but the month stood dry. June was hot and dry. Flowering was short. The robe of wines is beautiful, with little acidity. 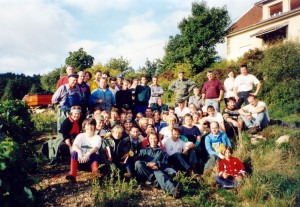 The Nintendo 64 video game system is released in Japan, Oasis plays the biggest free-standing concert in UK history at Knebworth, “Wannabe”, the best-selling single by any female pop group, is released in the UK by the Spice Girls while Los Lobos make the world danse on “la Macarena”. In theaters, some great movies are projected: the English Patient, Independence Day, Twister, Mission: Impossible and The Rock.