After a sweet winter, the spring was early and warm. The blooming went fast which always is the promise of beautiful grapes in September.
The vineyard enjoyed the beautiful sunny days in June and September. Even if the weather was gloomy during this summer, our mood and the quality of our grapes weren’t impacted.

The harvest began on September 18th under a beautiful blue sky.

This vintage is very pleasant from its first years and could be drunk during a private dinner or with friends. It will be ideal between 6 and 10 years and much more if you are patient. 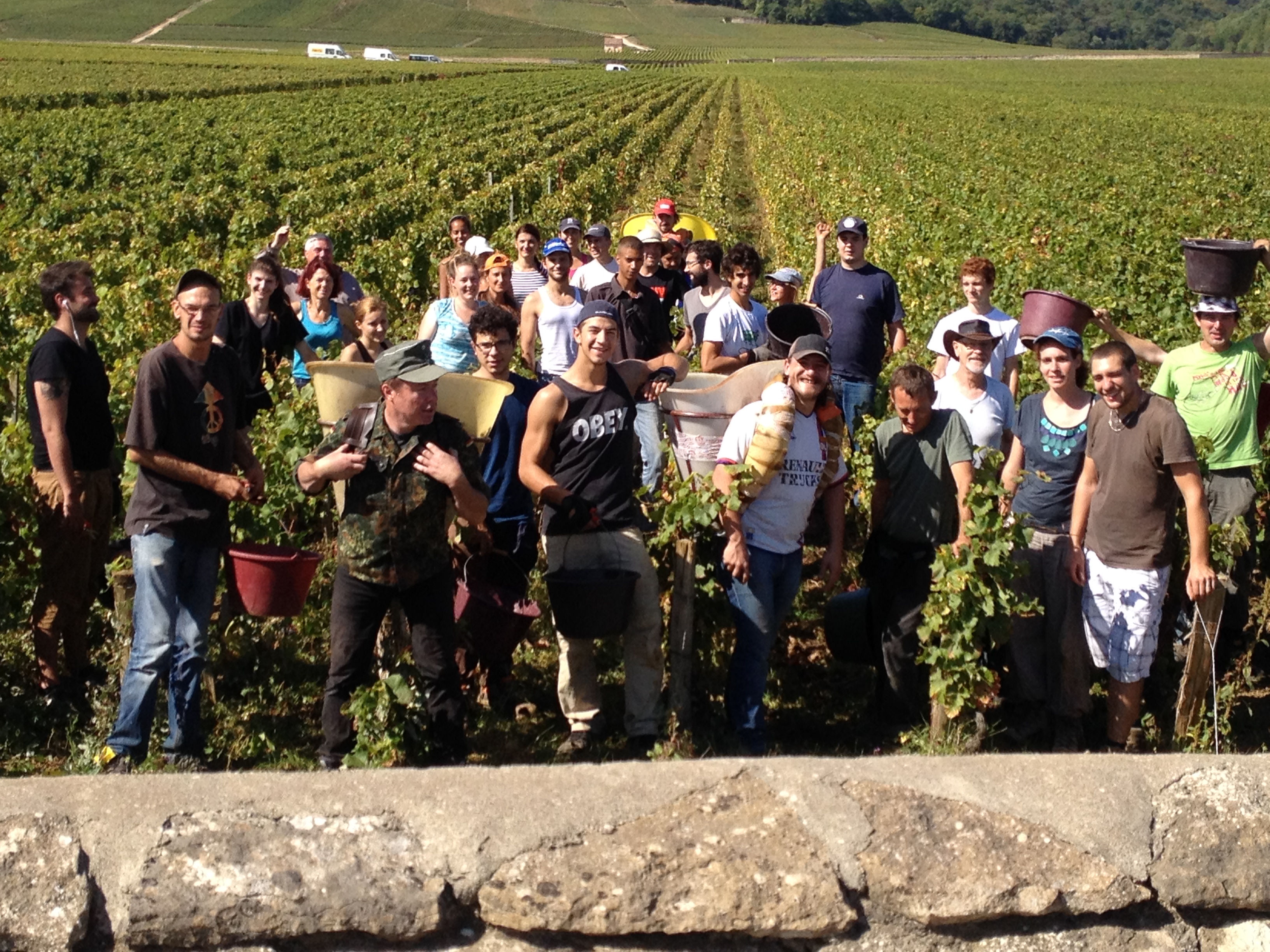 That year in the vineyard:

The “Saint Vincent Tournante” took place in Saint-Aubin and was historic for us. We just received the Holy Protector of Vosne – Romanée “Saint Vincent” and were honored to parade during this annual event to represent proudly our appellation.

That year in the world:

François Hollande is a “normal” President: he rolls in scooter and cheated his girlfriend. The political relations between Raul Castro and president Obama are warmer.
Meanwhile, Poutine takes himself for an Olympia God with the biggest winter Olympic Games in Sotchi. German Mannschaft humbles Brazil and wins the soccer World Cup in Rio.

The Catholics celebrate the canonization of Pope Jean-Paul II. Philae Robot is successful with its landing on the comet Tchouri.

Robin Williams leaves us too soon.